Global Garden Refugee Training Farm is a non-profit farm with 100 refugee families who have created an oasis in Albany Park, Chicago.

Linda Seyler is the Executive Director and Founder of Global Garden Refugee Training Farm, which she started in 2012. Haley LeRand is the farm manager, handling operations on the farm and working with the market farmers who grow for sale to restaurants, farmer’s markets, and other outlets. Haley manages the community-style gardens and the family plots, requiring her to be on the grounds a lot. Haley does everything from repairing a broken bench to ensuring the chefs have what they need to be successful. She actively works with the farmers when they have problems with their vegetables, helping to answer their questions.

The farm has just over an acre of land being grown on with a wide variety of vegetables being cultivated including some that, unless you’re interested in Asian vegetables, you may never have seen before. The farmers grow tomatoes, carrots, beans, swiss chard, squash, melon, daikon radish, lettuce, spinach, water spinach ­­- which is not related to spinach – and roselle, which is related to okra. There are also a lot of mustard greens and vegetables that would typically appear in the cuisine of Southeast Asia, where the farmers are from. The planting beds are all 3 feet wide and 3 feet deep. The garden plot is a 40-foot length of the three-foot bed. The incubator farmers have much more space since they are growing for commercial sale, sharing about 300 feet of planting bed. These farmers sell their produce at farmers’ markets and restaurants. Some even donate to food pantries using the grant money allocated to the Global Garden program. This money allows them to purchase the produce from the farmers and deliver it to food pantries. Haley is currently working with six incubator farmers. There are also garden plots for another 90 families that are solely growing for home consumption.

Eden’s connection to Global Garden has been developed through a connection with one of the market farmers, Kanay Moo. Kanay works alongside her father, Pah ka tee, growing the arugula that is then used by Chef Devon Quinn and the Eden team. Kanay and Pah ka tee’s family is from Burma. They are Karen (pronounced Kah-ren), an ethnicity indigenous to the Thai-Burma border. After being driven out of Burma due to political unrest, they were relocated to refugee camps in Thailand. They then came to the United States. This is Pah ka tee’s second year as a farmer. Kanay Moo joined earlier this year. Their family had quite a bit of land in Burma so neither of them is a stranger to farming. Global Garden Refugee Training Farm has little to teach them that they don’t already know.

The main lesson is simply how to deal with the unique differences across the four seasons and the markets here in Chicago.

Chef Devon Quinn of Eden is the sole purchaser of the arugula being grown by Kanay Moo and her father Pah ka tee, having asked for it by name when he first brought the request to Linda and Haley. They are both glad he asked for the specific kind of arugula because it’s a good crop that has also been good for the farmers. Chef Devon has also bought baby mustard greens from Global Garden Refugee Farm in the past. Many different varieties are being grown, including ones that might not be found in the average grocery store. 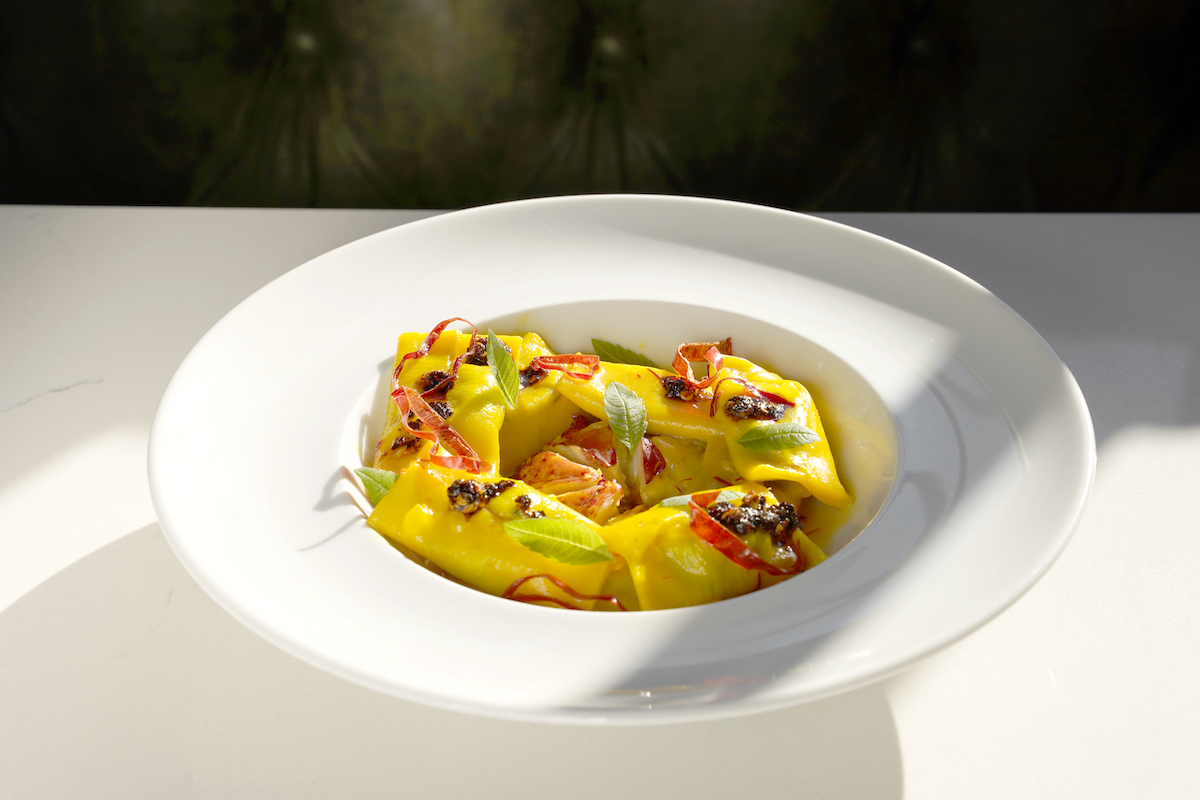 spend valentine’s week with us at eden

Love is in the air! Escape to eden and enjoy a delectable 5-course dinner menu. For $100 per person and additional beverage pairings, you won’t want to miss these captivating flavors. Vegetarian option available. Beverage, tax & gratuity are not included.